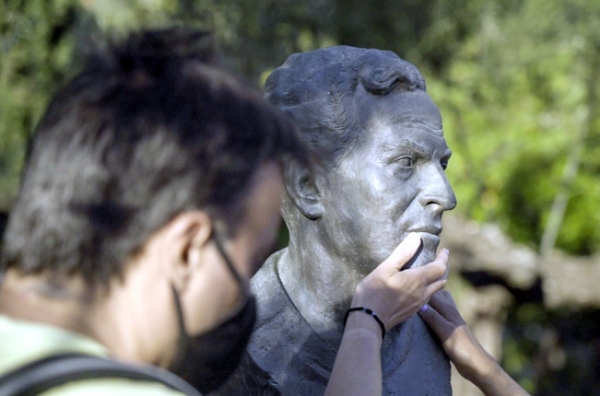 Mani Through the Senses

Interventions in and around the house of Patrick and Joan Leigh Fermor, currently a writer’s residency and research center of the Benaki museum.

In April and May 2021, Lydia Matthews, Fulbright alumni and Professor of Visual Culture at Parsons School of Design, along with multi-disciplinary Greek visual artists Fotis Flevotomos, Vassiliki Spachou, and Eirini Steirou, met the local community of Kardamyli and members from the Panhellenic Association of the Blind in Kalamata for a site-specific, socially-engaged, walking performance project in southern Greece.

The project, Mani Through The Senses, is an immersive “walkshop” in and around the house of writer Patrick Leigh Fermor and photographer Joan Leigh Fermor in Greece’s Mani region. Currently a writer’s retreat and research center of the Benaki museum, the project was supported by a grant from the NEON Organization for Culture and Development and produced by the Benaki Education.

The artistic team developed the project over the past year through a series of virtual/physical exchanges as well as preparatory workshops with local members of the Panhellenic Association of the Blind, Kardamyli High School arts students, environmental/cultural activists from the nARTura Association, and members of the Benaki Museum staff.

A series of virtual and physical exchanges as well as preparatory workshops with local community members led to the final event, which included short performance pieces and hands-on interactions inspired by passages from Fermor's writing on the natural and cultural landscape of Mani. The walk brought sighted and non-sighted community members together to explore the multi-sensory dimensions of the building's architecture and grounds. The experience introduced participants to unknown stories about the Fermors, allowing participants to share unique insights gleaned from their collective journey and reflect on their distinct forms of embodied knowledge. This intimately scaled performative experience was documented by filmmaker Eirini Steirou, whose video will debut locally and internationally in the autumn of 2021.

During this ten-month project, Fulbright alumni were also joined by musicians Fenia Papadodima and George Palamiotis, as well as community members from nARTura, the Cultural Association for Art & Nature, and students from the Kardamyli High School.

The project was commissioned, co-sponsored and produced by the Benaki Museum as part of Seeing with the Senses, the Museum's monthly access program for visitors who are blind or partially sighted. 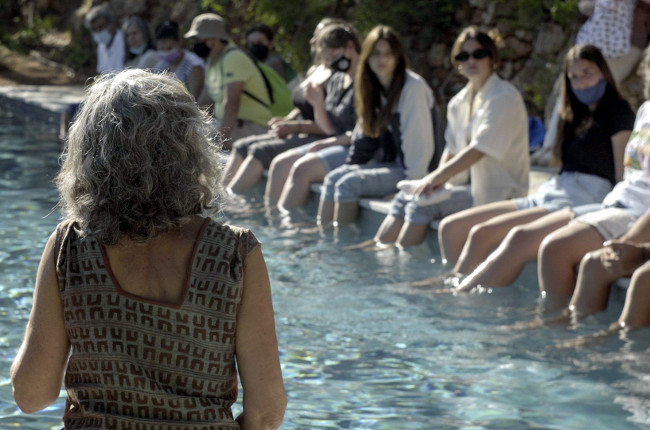 Education: The Most Powerful Investment in Our Future - Thank you Fulbright Donors!
From Virtual to Reality!
Mani Through the Senses