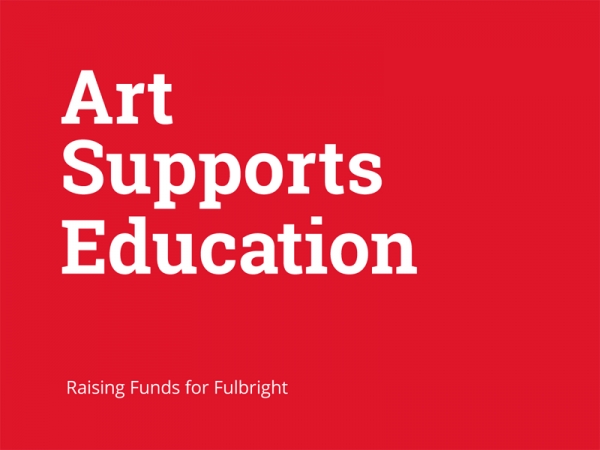 Our “grassroots” initiative to raise funds for the Fulbright Scholarship Program

The “Art Supports Education–Fulbright Alumni Art Series” is an initiative that began in 2009. In recognition of the fundamental role of education, Fulbright artist alumni graciously donate their works in support of the Fulbright Scholarship Program.

The “Art Supports Education – Fulbright Alumni Art Series” program, was implemented with the support of the Bureau of Educational and Cultural Affairs of the US Department of State, and the US Embassy in Athens. The first series of works was presented in January 2011 in Athens, at the Benaki Museum’s Pireos Street Annex and December 2011 in Thessaloniki, at the Excelsior Hotel. The second series was presented March 2016 at Salon de Bricolage in Athens.

All works can be viewed on the online catalogues.

Letter from Greece, December 2022
Pharos Summit 2022
An Educated Mind Can Teach Many