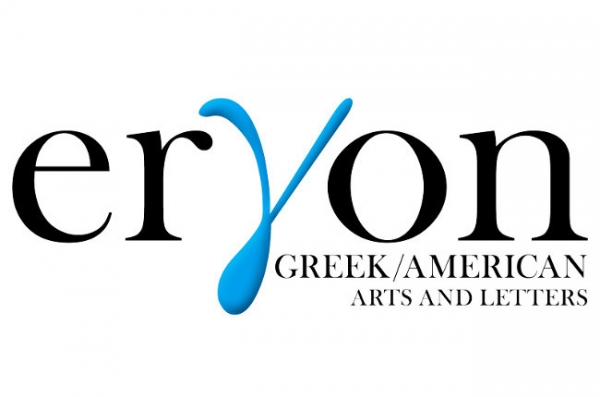 A unique peer-reviewed online journal that promotes the arts, letters, and scholarship of Greek America.

According to Ergon editor, Yiorgos Anagnostou, “This online magazine features the work (ergon) of poets, photographers, public intellectuals musicians, critics, scholars, journalists, essayists, filmmakers, novelists, activists, translators, and women and men of letters. It fosters conversation among those engaged in the production of new ideas, images, and meanings in the broader field that we designate Greek/American.”

Fulbright is pleased that Ergon poetry editor, Dr. Christopher Bakken, is currently in Greece as a Fulbright Scholar where he will be working on new projects in poetry, nonfiction, and translation as well as teaching classes at Aristotle University of Thessaloniki  (2021–22). Of the journal and his teaching, he says, “I love serving as poetry editor for ERGON: Greek/American Arts & Letters where Yiorgos Anagnostou has charged me with the task of selecting poetry that works along the fault-line where Greek and American worlds overlap. I certainly consider a lot of poetry written by Greek-Americans, but I am just as eager to find poems in which a consciousness of Greece informs American experience, or poems in which an American consciousness informs Greek experience. I will continue my editorial duties while serving as a Fulbright Scholar in Greece, and am interested to discover how the cross-cultural dialogue at the heart of Ergon’s ethos might inform and help shape the literature and creative writing courses I will be teaching in Greece.”

Ergon casts a wide, inclusive net. Anagnostou elaborates about the purpose and scope of the open access e-journal, now in its fourth year of operation, saying, “Ergon is committed to the understanding of Greek/American worlds, broadly defined. Our scope includes not only Greek-Americans, but also political and cultural issues associated with Greece and the United States. Ergon addresses questions of identity, belonging, translation, and the diaspora, as well as politics and culture, as they play out in relation to Greek and American worlds. Ergon features multiple genres––articles, book reviews, essays, poetry, and interviews––written in a language that aims to reach a public beyond strictly academic and artistic circles. Our aim is to produce public scholarship and arts where scholars and readers interface fruitfully. We’ve initiated this project with the firm belief that it is timely to disseminate new knowledge about Greek/American worlds as widely as possible. What matters in our contribution is the Greek/American angle through which an author engages with an issue, not the author’s descent. We are committed to the production of responsible knowledge and, in a democratic spirit of inclusion, a multiplicity of voices, experiences, and perspectives. Ergon offers a creative and politically self-reflective forum to reclaim how Greek/American expressions are felt and practiced in a world of increasing complexity.”

Fulbright is pleased that several of our alumni are among the contributors to Ergon, including Dan Georgakas, Tina Bucuvalas, Ioanna Laliotou, Peter Bien, Liana Sakelliou, and Yiorgos Kalogeras.

Dan Georgakas, artist, activist, historian and Fulbright alumnus, in his recent article New Jewels of Greek-American Culture in The National Herald (6/10/2021), provided an insightful presentation of the online journal:

Ergon, in short, takes on the whole range of intellectual life rather than compartmentalizing or advocating a single school of thought. The contributions are well written and edited, making them readily accessible to anyone interested in a given topic. The magazine’s pages are open to Phil-Hellenes who have something to say about Hellenic culture, and unlike too many other Greek-American journals, Ergon has as many female authors as male. The editors genuinely seek new voices rather than just being dependent on established artists and intellectuals. A full sense of the range of what has evolved into a cultural gem in the tiara of Greek American culture is possible by electronically accessing: Ergon: Greek American Arts and Letters.”

You can find Ergon at this address: https://ergon.scienzine.com/