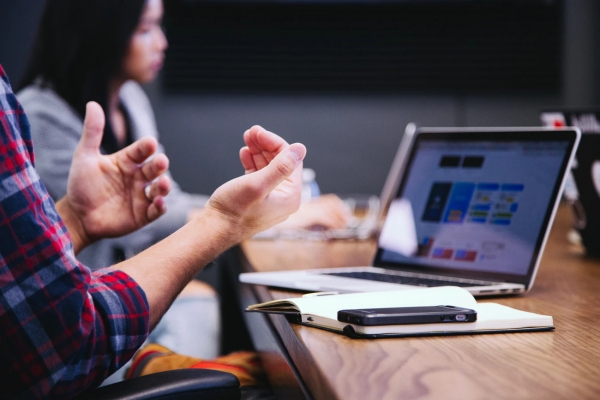 The transition to online learning is providing new and exciting educational opportunities! The Fulbright Foundation in Greece is contributing to this transformation with the Fulbright Greece Virtual Exchanges initiative. This program encourages Greek faculty members to host U.S. Fulbright Scholar Alumni to give specialized, online lectures to their students. We kicked off the program in the autumn of 2020 with a series on Political Science.

"In a time of quarantines and lockdowns, it was a great pleasure to participate in the Virtual Exchanges Program. Working with an expert of the caliber of Professor Sotiropoulos on lectures about the recent political history of Southeastern Europe was a one-of-a-kind opportunity to reconnect with the part of the world I study, and miss a great deal these days. In addition, the graduate students in this intriguing program come from many different parts of the world, and their questions led to very stimulating discussions. Thank you for the invitation to participate!"

"In the fall semester of 2020–2021, Professor John K. Cox was invited to give three lectures to the graduate students of the course Political Change, a comparative politics course, taught in English, at the National and Kapodistrian University of Athens, Greece. The course is part of the Master's Degree in South East European Studies, a social science program in which not only Greek, but also foreign students are admitted to study the politics, history and economics of Southeastern Europe. Professor Cox gave historical depth to the usual political analysis offered in the course. He outlined the political, social and cultural aspects of what was Former Yugoslavia and presented a pluralistic view of the causes of its integration through four wars that took place in the Western Balkans in the end of the 20th century. He completed his lectures by selecting and interpreting the historical moments which, in his view, were turning points in the evolution of the countries of Southeast Europe at the turn of the twentieth to the twenty-first century. Thanks to Fulbright Greece, who took the initiative, sponsored and organized the lectures, students enrolled in this course as well as the course's instructor had a unique opportunity to discuss historical developments that still cast their shadow over the current affairs of the Western Balkans."

Dr. Cox is a Professor of East European History at North Dakota State University. He has published a widely-acclaimed book, The History of Serbia (Greenwood Press, 2002), which outlines significant events in the country’s history from medieval Serbia to the time after the downfall of Slobodan Milosevic. He is a former Rotary scholar in Hungary and a Fulbright fellow in Austria and Slovenia. He speaks Serbo-Croatian, Slovene, German, and several other languages of the region.

Professor Cox’s lectures focused on the historical antecedents of the transition to democracy in the Balkans in the late twentieth century and the evolution of post-communist Balkan regimes, including the break-up of Yugoslavia.

As we work to expand this program, we welcome suggestions from both potential Greek hosts and interested U.S. Fulbright Scholar Alumni for future virtual collaborations. If you would like to participate in this new initiative, please contact Fulbright Greece.

Fulbright Greece EducationUSA Advising / Alumni Share
Gennadius Library to celebrate the bicentennial of the 1821 Greek War of Independence with an exhibition honoring American Philhellenism
Building the Future—Thank You Fulbright Donors!