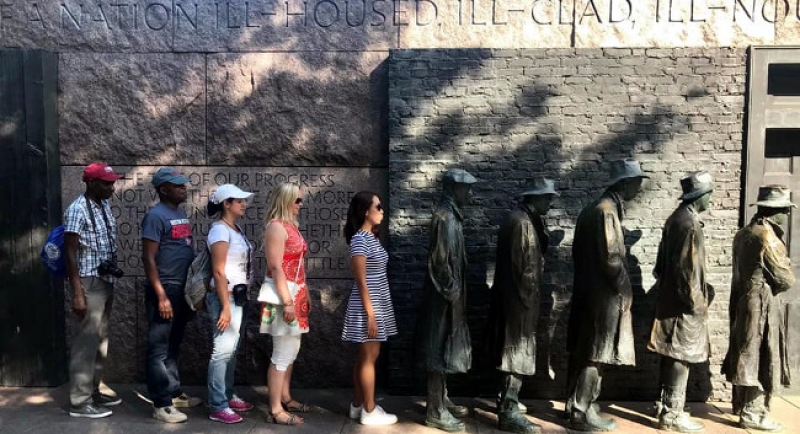 The Fulbright Foundation in Greece is administered by a binational Board of Directors. The composition of the Board is determined by the bilateral agreement between the U.S. and Greece, which was ratified in 1948.  Eight members, four American and four Greek citizens, make up the governing body of the Fulbright Foundation in Greece. The U.S. Ambassador serves as the Honorary Chairman of the Board and endorses all appointments. The members represent academic, corporate, and diplomatic fields from the Greek and American communities and include representatives from the U.S. Mission in Athens and the Government of the Hellenic Republic.

The Board of Directors appoints an Executive Director who manages the work of the Foundation and its staff.

The Board of Directors oversees administration and finances and formulates policies and programs based on the guidelines of the Bureau of Educational and Cultural Affairs (ECA) of the U.S. Department of State and the Fulbright Foreign Scholarship Board (FFSB).

The Fulbright Foundation in Greece works closely with the following organizations and agencies:

The Bureau of Educational and Cultural Affairs (ECA) of the U.S. Department of State, the Fulbright Foreign Scholarship Board (FFSB), the Institute of International Education (IIE), the U.S. Embassy Athens, the U.S. Consulate in Thessaloniki, the Hellenic Ministry of Foreign Affairs, and the Ministry of Education and Religious Affairs.

The Fulbright Foundation office is based in Athens and is run by a small but dedicated team. Please contact us if you have any queries about the scholarship program, eligibility, application advice, Fulbright alumni network, or to find out how you can support Fulbright Greece.

Artemis A. Zenetou has been the Executive Director of the Fulbright Foundation in Greece since 2001 and is the first Greek citizen and woman to hold this position. She has extensive experience in the education, cultural, and the not-for profit sectors, following her education in the fields of art history, museum studies, and management of non-for-profit organizations. During her eighteen-year residence in the U.S., she pursued a career at a number of international and national organizations including the Smithsonian Institution and the World Bank. She has developed several innovative programs and has published about museum management, gender issues, cultural diplomacy, and education. She is outcome focused, motivated, and believes in teamwork and mentoring. Her research areas include cultural diplomacy, educational and cultural exchanges, scholarship in Greek America, and international affairs.

Angie Fotaki is the Assistant to the Executive Director and collaborates closely with colleagues on a variety of projects, events, and special programs. She started working at Fulbright in 1993. Angie brings interpersonal skills, design abilities, and attention to detail to her extensive experience in office administration and alumni relations. She has a holistic knowledge of the workings of the Foundation and has helped usher in many changes over the years. On a personal level, Angie loves music, swimming, travelling, sharing good food with friends, and going to the theater.

Andreas Ioannides joined the Fulbright Foundation in Greece in 2019 as the Fiscal Officer. Andreas is responsible for the Foundation’s financial management systems, which include bookkeeping, grantee payments, and financial reporting. He also supports the operations of the U.S. and Greek Programs. Andreas has worked in the private sector in West Africa and brings with him expertise in finance, management reporting, project management, and strategy development. With a background in Political Science and Human Rights, he enjoys debating current affairs and is passionate about technology, fitness, and gadgets.

Nicholas Tourides is the Educational Advisor and American Program Coordinator. Nicholas started working at Fulbright in 1998 at the Testing Center and moved on to work on educational advising and the Scholarship Program. In his current position, he is responsible for providing non-biased, comprehensive information about studying in the U.S. to both Greek and foreign nationals residing in Greece and for promoting U.S. higher education through various outreach activities. He also administers the Fulbright Scholarship Program for U.S. citizens and assists scholars and students prior to and throughout their grant periods. Nicholas holds a bachelor’s degree in Natural Sciences/Physics from the U.S. He has a passion for computer sciences, the outdoors, and, of course, education!

Els Siakos Hanappe administers the Fulbright Scholarship Program for Greek citizens. She works with grantees and alumni and organizes outreach events, such as the Athens Cultural Walk for incoming U.S. grantees and the Train the Trainers workshops for Greek alumni educators. Els has worked at Fulbright for about 20 years in different positions including financial administration and management of the Testing Center. She studied art history and has a background in gallery, exhibition, and collection management. She regularly contributes arts and culture related articles and texts, most recently to the Athens insider magazine. Creativity is important to Els; in recent years, she has practiced haute couture embroidery, mainly tambour, using beads, sequins, and silk threads.