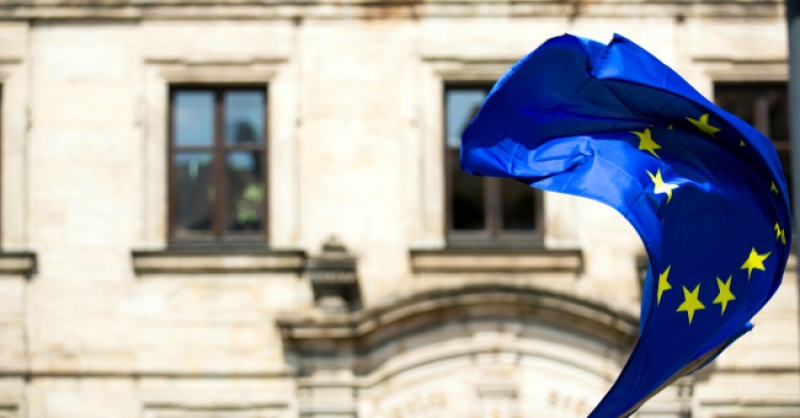 This program is open to Greek citizens and is handled by the
Commission for Educational Exchange between the United States, Belgium and Luxembourg

Preference is given to candidates with at least two years of related professional or academic experience beyond the Bachelor's degree. Candidates with permanent positions at the European Commission are ineligible to apply.

The Fulbright Schuman Program, administered by the Commission for Educational Exchange between the United States and Belgium in Brussels, is jointly financed by the U.S. State Department and the Directorate-General for Education and Culture of the European Commission. The program funds graduate and post-graduate study, research, and lecture proposals in the field of U.S.-EU relations, EU policy, or EU institutions for interested American and EU citizens.

Successful project proposals will observe an issue of common concern from a comparative perspective and will bear significance for more than one EU member state. Candidates are responsible for organizing their own affiliation with an accredited university, vocational training/professional institution, or independent research center in the EU or the U.S.

Preference is given to candidates with at least two years of related professional or academic experience beyond the Bachelor’s degree. Candidates with permanent positions at the European Commission are ineligible to apply.

Awards are available to candidates from any of the Member States wishing to study, research, or lecture on a topic relevant to U.S.-EU relations, EU policy, or EU institutions. The results of eligible projects must be relevant to at least two EU member states; projects that do not meet this requirement should be submitted through the Fulbright Program in the applicant’s country of citizenship or residency (determined by local requirements). Prior to submitting their application, candidates must arrange their own placement at an accredited university, vocational training/professional institution, or independent research center in the United States. Candidates may propose to stay at more than one institution during their grant, although they should provide a clear plan and justification for doing so.

Student grants are normally for a period of 9 months. However, applications for pre-doctoral research for a minimum period of 4 months will also be considered.

Research and lecturing awards are for a minimum period of 3 months and a maximum of 9 months, with preference being given to projects of 4 months duration.

Grants are also available for professionals in international education administration from European universities for research within the field that would be mutually beneficial to both the institutions. Research projects should provide a comparative U.S.-EU perspective on global issues within international higher education and/or share best practices within the field. Candidates may consider their contacts from conferences such as NAFSA and EAIE as potential host institutions.

The Fulbright Foundation in Greece does not administer this award and the selection process is in conjunction with the Commission for Educational Exchange between the United States, Belgium and Luxembourg.

The Fulbright Schumann competition opens each year on September 15. Interested applicants should submit their online application as soon as possible and the latest by December 1 at noon together with a CV, a one-page description of their proposed project, and supplemental material (TOEFL scores are only needed if the particular program requires those, letters of acceptance or letters of affiliation) to the Commission for Educational Exchange in Brussels.

1 December at noon - Deadline for candidates to submit final applications to the Commission in Brussels.

1 December - late February - Applicants who advance to the final round will be invited for a mandatory SKYPE interview.

March/April - Final selection and notification of selection by the Commission in Brussels.

From August onwards - Independent departure for the U.S.

Education: The Most Powerful Investment in Our Future - Thank you Fulbright Donors!