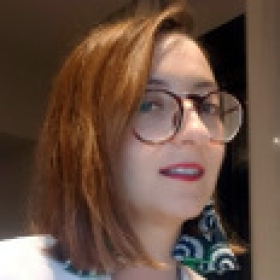 Anna-Maria is a Ph.D. student at the Laboratory of Informatics and Robotics in Education and Society of the University of Macedonia, in the field of Human-Robot Interaction . She received her B.Sc. degree in Psychology from the University of Crete and her M.Sc. in Computational Neuroscience and Cognitive Robotics from the University of Birmingham. She is experienced in designing and implementing original research with socially assistive robots, carrying out human experiments in various environments (i.e., typical, and special educational, museum etc). She has worked in the Intelligent Robotics Laboratory, Birmingham, UK, developing autonomous systems for robots, in CN-CR, center for neuroscience and robotics, Birmingham, UK, working on Model Comparison on perceptual decision making and also in the Telecommunication System Institute, Technical University of Crete at Horizon funded projects in the human-robot interaction domain. From 2014 to 2017 she was a research associate in the Transformable Intelligent Environment Laboratory (TIE Lab), Technical University of Crete, Chania, Greece, while betweem 2015-2017 she was the Coordinator of the Prsychospatial Department of TIE Lab, a multidisciplinary group of undergraduate students, designing and carrying out cognitive experiments on the effects of environmental conditions on perception, attention, and mood, utilizing machine learning processes through neural networks. She has worked in the STIMEY Project, conducting research on the effects of the prototype SAR STIMEY on students’ attitudes, CultureID Project, collaborating with engineers to design a robot-prototype for museum interaction, and in Designed for Better Learning project as Member of the assessment committee. Her Ph.D. is funded by national competitive scholarship program (ESPA). Her research is getting published in high quality conferences and journals, and she has been for multiple times an invited speaker in international workshops, conferences, and seasonal schools talking about Human- Robot Interaction, Cyber Physical Systems, and how to incorporate psychological methodology and principles in robotics research.

Christina Paraskevopoulou is a Ph.D. student at the Laboratory of Statistics and Quantitative Analysis Methods (LASCM) of the Department of Mechanical Engineering of the Aristotle University of Thessaloniki (AUTh) and her Ph.D. thesis title is Organization and Management of Sustainable Supply Chains: The Case of the Agri-food Sector. She holds a Diploma in Mechanical Engineering from AUTh, where she specialized in Industrial Management. She has participated in a number of European Union-funded and nationally-funded research programs. Her research interests cover the areas of circular agriculture, sustainable supply chains, operational research, rrecision agriculture, data analysis and innovations applied in the agri-food sector.

During her time as a Fulbright Research Student, she will be visiting the MIT Sloan School of Management in order to observe and learn to use state-of-the-art Operational Research tools that are currently utilized in the U.S. and thus broaden her academic horizons. The main goal is to create a decision-making tool for circular economy interventions in agri-food supply chains based on the acquired skills, and evaluate it through application using a real-world problem. At the same time, meeting people inside and outside Fulbright and MIT, and exchanging opinions and knowledge with them will be a source of learning and motivation. In the future, Christina plans on finishing her Ph.D. studies and continuing working in this field, collaborating with people and teams from Greece as well as from all over the world. Thus, this research will not only provide her with academic knowledge that will help her conclude her Ph.D. and hopefuly benefit her research field in general, but also with inspiration and important connections. 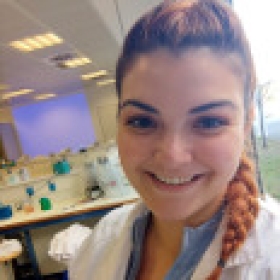 Georgia Papanikolaou is currently pursuing a Ph.D. degree in Human Molecular Genetics and Pharmacogenetics at Democritus University of Thrace (DUTH). As a Ph.D. candidate, she is the recipient of a Bodossakis Scholarship and she is specializing in two modern fields related to human health. She investigates genetic variants, aiming to associate them with inter-individual differences in drug response. Ms. Papanikolaou holds a Bachelor's degree in Molecular Biology and Genetics (MBG) from DUTH, and she plans to pursue a career in medical genetics, wishing to lead a pharmacogenetics laboratory.

As a Fulbright Visiting Research Student, she will spend six months in the Pharmacogenetics Core Laboratory in the Division of Clinical Pharmacology & Therapeutic Innovation at Children’s Mercy Hospital, working on the characterization of genetic variants in pharmacogenes of interest, using advanced technologies. The work in the U.S. will enhance her knowledge and experience, supporting the progress of her Ph.D. research and produce valuable know-how that she will bring back to the Greek group. As the host lab is leading pharmacogenetics research, her Fulbright mobility is expected to introduce her to an international network of experts in the field. Moreover, it will be a great portal for her to make cultural interactions, allowing the exchange of ideas and sharing the experiences of everyday life as a young Greek visitor to the U.S. 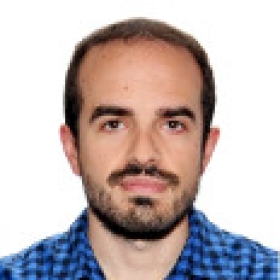 Georgios Theotokatos holds a B.Sc. in Physiotherapy and an M.Sc. in Exercise Biology. He is currently a Ph.D. candidate at the National and Kapodistrian University of Athens School of Physical Education and Sport Science under the supervision of Professor E. Skordilis. He has acquired expertise in EU-funded research programs in Greece, concerning inclusion of people with intellectual disability. As a clinician he has been treating musculoskeletal patients in a private practice physiotherapy center. His Ph.D. work focuses on the biopsychosocial model and the disability assessment. In a nutshell, his research is situated in the nexus of disability and social policy. He is trying to understand disabilities’ impact upon the disabled persons' daily living in order to make welfare states more efficient and patient centered.

As a Fulbright fellow, he will spend a 6-month period at the University of Vermont, in the Department of Rehabilitation and Movement Science, under the supervision of Professor R. Escorpizo. During his visit, he plans to specialize in the field of Disability Assessment and Functioning. More specifically, statistical courses will be attended with respect to analyzing and reporting results from wide data sets. The goal is to examine the psychometric properties of functioning assessment tools and run statistical analysis on an epidemiological study. This will allow the cross-country comparisons and needs assessment planning for patients with various health conditions. The expertise that will be obtained in the U.S.A. will allow him to complete the final stage of his dissertation that will take place in Greece. All the experience acquired from abroad will be applied in clinical practice and will eventually have a positive value to individual patients and overall society. He is excited to explore new cultures, traditions and of course create bonds of friendship and cooperation with American scholars. 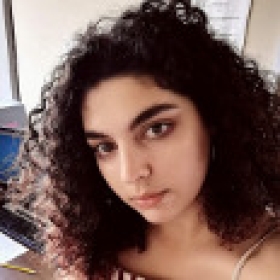 I am currently a Ph.D. candidate at the National and Kapodistrian University of Athens (NKUA), in collaboration with the University of Ioannina (UoI), studying Nuclear Physics. I have a Bachelor degree in Chemistry and a M.Sc. in Physical Chemistry from NKUA.

As a Fulbright Visiting Research Student, I will travel to Notre Dame, Indiana, to train in experimental nuclear physics methods, at the radioactive beam facility TriSol, at the Nuclear Physics Laboratory of the University of Notre Dame. This award will allow me to work with state of the art equipment and perform an experiment for my dissertation, studying the reaction mechanism of weakly-bound nuclei at low (below the Coulomb barrier) energies, with the nuclear physics group from UoI. 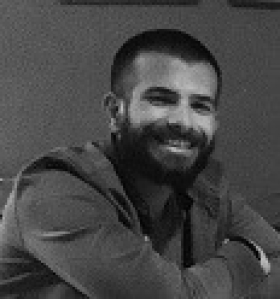 My name is Konstantinos Adamopoulos and I am enrolled as a Ph.D. student at the National Technical University of Athens, School of Electrical and Computer Engineering, Biomedical Engineering Laboratory, being in my third year of studies. My doctoral dissertation’s subject’s areas are Bioinformatics, Space Medicine/Biology, Machine Learning and Astrobiology.

I believe that the Fulbright Visiting Research Students’ fellowship is ideal at this stage of my doctoral dissertation. It is expected that the proposed project, Deep Cross-Organism Generalization of the Physiological Effects of Spaceflight from Mammalian Model Organisms to Humans, will contribute essentially to my current research. From a wider perspective, it will help us understand deeply the biological effects taking place during spaceflight, improve the conditions of manned missions as well as prepare us for the upcoming human deep-space exploration missions. I am deeply intrigued on working in a diverse and multinational environment in which my colleagues are dedicated to united space.