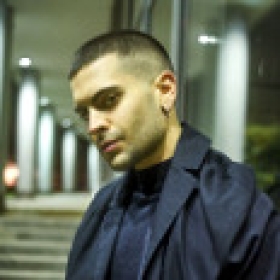 Emànuel Papadopoulos is an opera singer and performing artist. Over the last decade, he immersed himself in a multitude of academic and professional contexts, where he had the chance to cultivate and hone his art under the guidance of acclaimed artists such as Marlis Petersen, Sarah Tysman, Frank Hilbrich, Gary Jankowski, Alexia Voulgaridou, Valérie Guillorit, Susan Manoff, Tassis Christoyannis and Malcolm Martineau He started his music education at the American College of Greece and the Athens Conservatoire, receiving institutional scholarships. He holds a B.A. in Voice & Opera from the Berlin University of the Arts and the Conservatoire de Paris, and an M.A. in Voice Arts from the Royal Conservatoire Antwerp. While mastering the opera and lied repertoire, he is equally interested in interdisciplinary artistic practices, which is reflected in a multiplicity of collaborations and projects. He considers interdisciplinary thinking, where people involved in opera, theater and other stage arts discuss joint projects which give space to innovative and experimental approaches, to be crucial and essential. Notable engagements include his collaboration with Grammy Award-winning countertenor Derek Lee Ragin in London for the UK premiere of the opera Army of Lovers, composed by Mark Springer, and his role debut as Guglielmo in the opera Così fan tutte by W.A. Mozart at the Cosmopolis Festival in Greece. He was invited to perform at the opening of the contemporary art fair Paris Internationale in Paris and at the art performance Sacred Bands, held at the Art Night Festival in London. Since 2020, he has been an Atelier d'Excellence mentee. He is fluent in Greek, English, German, French and Italian.

As a Fulbright Artist, Emànuel will be visiting the voice studio of renowned opera singer and vocal educator Dimitri Kavrakos in New York City to explore experimental singing practices and examine aspects of opera performance in the form of practical artistic research.

Nefeli Fasouli is a jazz singer, composer and voice educator based in Athens, Greece. She is currently a member of UnitedWeFly record company, as she released her first personal album named O Kosmos Sou almost a year ago. She has gained extensive experience performing along with some of the greatest composers and singers of the Greek music scene such us Foivos Delivorias, Panagiotis Kalantzopoulos, Yiannis Kotsiras and many more. During 2022, she was a main artist at the Mikis Theodorakis Tribute, produced by the Greek National Opera, which was a great honour. She completed her B.A. at the Law School of Athens but later on decided to change her career towards music studies, and especially jazz music. She completed her Masters in Music Technology and Jazz Music at the University of Athens with research on Jazz Voice and its functions. She has also earned a Contemporary Singing Diploma from the National Conservatory of Athens with her tutor Panos Dimas, along with a Voice Teaching Specialization. This year, she works as a vocal educator in the Ploes-ngo’s adolescent centre, and as a choir tutor in Yianis Bezos’ theatrical performance of Thesmoforiazouses, which will tour all around Greece. She is currently recording her own jazz album, comprised of her own compositions, called Introspective.

During her studies in New York Jazz Academy, she aspires to be part of a multicultural environment of jazz musicians, to deepen into jazz theory and harmony variations and share her views on composing, especially while sharing her Mediterranean origins with her fellow musicians. She looks forward to complete some of her upcoming recordings in New York and share her work with the world. 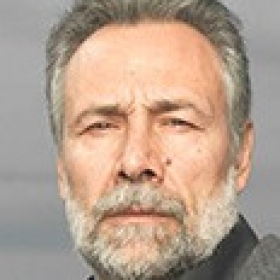 Nikos Pilos is an Athens-based, award-winning photojournalist and filmmaker. He is one of Europe’s noted feature photographers. He has traveled extensively to document war, natural disasters, poverty, socioeconomic struggle and cultural shifts. His work regularly appears in leading international newspapers and magazines and has been exhibited throughout Europe and the U.S. Since his first assignment in Lebanon in 1988, he has covered many major historical events. These include the overthrow of Nicolae Ceausescu in Romania, the collapse of the Soviet Union, the Israeli-Palestinian conflict, the wars in former Yugoslavia, the war in Iraq, the 2006 conflict in Lebanon, and the humanitarian crisis on the Libya-Tunisia border in 2011. From 2008 onward, he has been covering the Greek and the Cypriot recession, the social and political transformations in Turkey, including the Istanbul uprisings, the rise of nationalism in Europe and the current refugee crisis. The last two years he has been dedicated to the realization of the cross-media interactive platform The Refuge, with support from iMEdD, and to the current war in Ukraine. His photos have been featured in The New York Times, TIME, Newsweek, Stern, Der Spiegel, Die Zeit, The Financial Times, The International Herald Tribune, The Sunday Times, The Independent,The Guardian, XL Semanal, Gente, Bloomberg, Internazionale, L’Esspreso and others. Nikos has been invited both as a guest speaker and lecturer at New York University (NYU Athens Campus, 2018, 2019, 2020), Columbia University School of the Arts (2014, 2021), National and Kapodistrian University of Athens (2020-2021), Athens photo world Festival 2019, Bronx Documentary Center (2014). His awards include POY 2021, 2020, 2016, 2014, World press Photo 2017, NPPA 2014, CHIP 2012 and PX3 2016, 2014, 2013, 2012.

Nikos looks forward to working with students and faculty at NYU on the interactive platform, which will foster a cross-cultural collaboration on an innovative new media project. This joint effort will leave the students with hands-on experience not only in traditional media, but also collaborating with experts of graphic design and computer engineering. He anticipates his experience as a Fulbright grantee in the U.S. will inform his storytelling to be more inclusive, which is something desperately needed in contemporary Greek media.