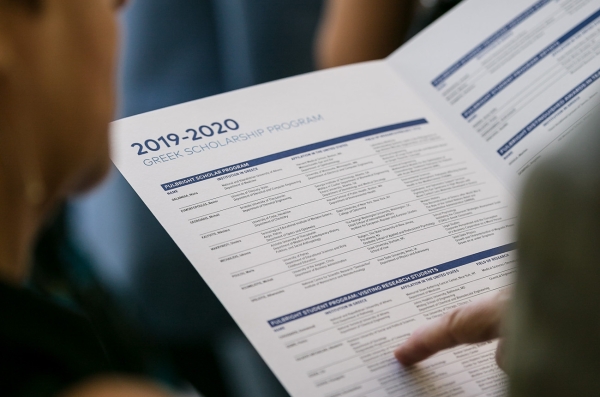 For the academic year 2019-2020, the Fulbright Foundation awarded 72 scholarships - 36 to Greek citizens and 36 to U.S. citizens - continuing a 71 year tradition of excellence. This is realized thanks to the generosity of our donors! Their commitment and support safeguards the future through education. The primary funding comes from the Government of the United States with support from the Government of the Hellenic Republic. The growth of the Fulbright Scholarship Program also relies on the invaluable support from other foundations, organizations, corporations and individuals both in Greece and in the United States.

The Fulbright Foundation gratefully acknowledges the continued support of its donors.

'Education', as Senator Fulbright once said, 'may be slow moving, but carries within it immense power'. 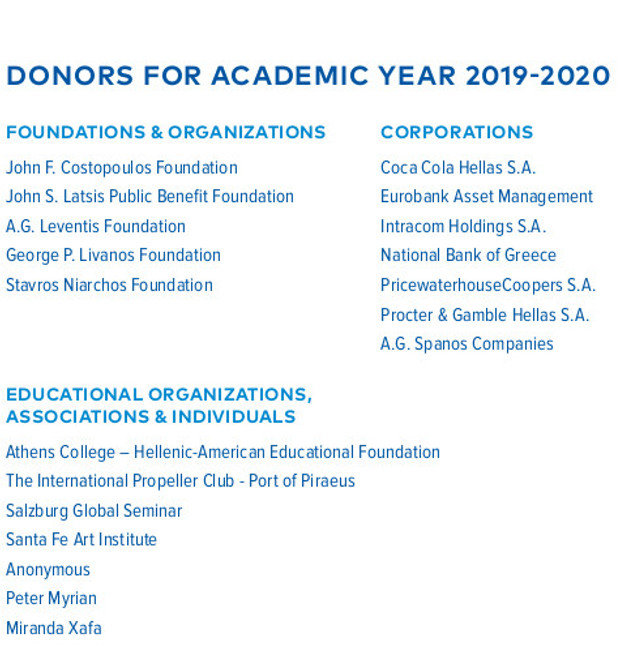