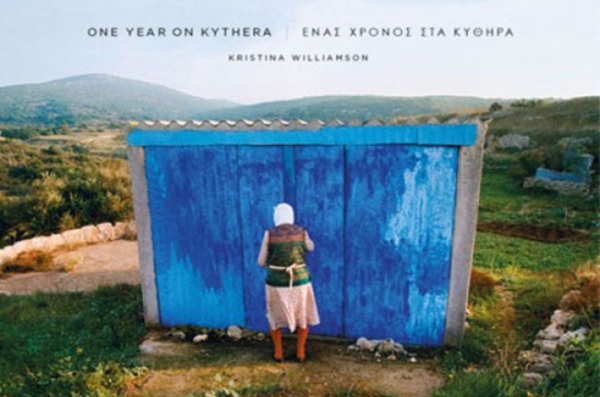 ONE YEAR ON KYTHERA

KRISTINA WILLIAMSON is an American artist born in Pen Argyl, Pennsylvania in 1980.
In 2004, with the help of a scholarship from the Fulbright Foundation in Greece, Williamson spent over a year photographing contemporary life on Kythera. In her first monograph publication, Kristina Williamson explores the intersection of art, ethnography, and globalization in her close study of the Greek island of Kythera. Over the years, the island has suffered from massive waves of emigration of its people abroad to the point of near depopulation. This exodus caused the population of Kythera to drop from about 13,000 at the beginning of the twentieth century to a current mid-winter population of 3,000, leaving entire villages stripped of younger generations and some completely abandoned. To the remaining Kytherians, these deserted homes and communities stand as visual reminders of a society once unified by tradition and now transformed by ambitions of a different life abroad. In intimate photographs that cut across genres—landscapes, portraits, interiors—Williamson explores themes of memory and tradition in the faces of those who stay and the absences of those who leave. These images—shot in gorgeous 35mm film—eschew nostalgia and often probe deeper to a level of the everyday surreal, an ongoing theme in Williamson’s work.

One Year on Kythera