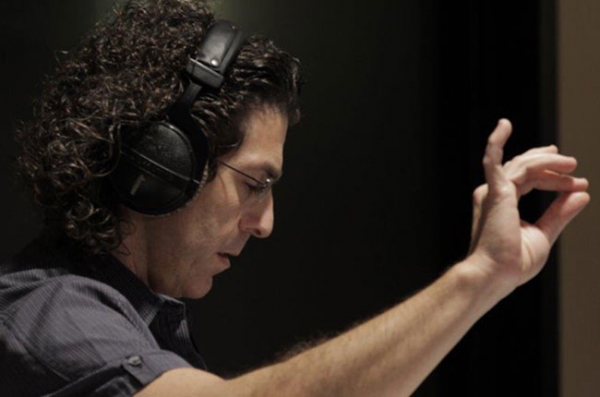 Dr. Liaropoulos is a composer and pianist. He holds a Doctoral Degree in Music Composition from Boston University where he studied with Theodore Antoniou and Lukas Foss. His compositions have been awarded in Europe and the United States. He began his academic journey pursuing his graduate studies on a Fulbright grant (1997). Twenty-one years later he was the recipient of a Fulbright Scholar Award (2018). Currently, he serves as a faculty member in the Composition Department at Berklee College of Music and the Department of Performing Arts at the University of Massachusetts Boston. He is also the founder and music director of the Greek Music Ensemble, a Boston-based collective that focuses on performing Greek art music in the U.S. and Canada.

Dr. Liaropoulos’ participation in the Fulbright Scholar Award program in 2018 focused on an ethnomusicological research project—the collection and digital archiving of instrumental and vocal folk music from the Greek islands of Amorgos and the Small Cyclades, a relatively remote seven-island complex in the Aegean Sea. The project culminated in the creation of a database, in the form of an online archive, that is available to everyone and contains all the valuable and unique folk-music field recordings, as well as pertinent historically important materials. The audiovisual materials collected are of great national and international interest and value, and are important to humanities research, education, and the public interest. Furthermore, the creation of an online resource of indigenous Aegean music and associated cultural heritage promotes multidisciplinary research in the field of Greek folklore. It also has an important impact on the collective memory of the inhabitants of Amorgos and the Small Cyclades and on the preservation of the cultural heritage of Greece and the broader Eastern Mediterranean region. The database will soon become part of Berklee College of Music Archives and Special Collections, under the supervision of Dr. Liaropoulos, establishing a permanent relationship between an American Academic Institution and Greece.