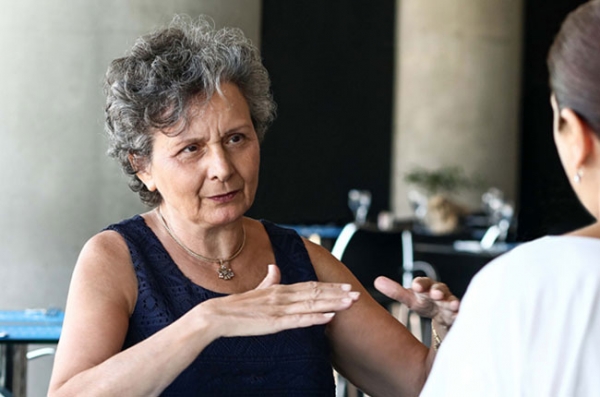 GREECE TO UNITED STATES
Pushing the frontiers in science and technology

During the academic year 1970–1971, Frederica Darema left Greece as a young graduate student on a Fulbright scholarship to pursue a Master’s degree at the Illinois Institute of Technology, Chicago, IL. At that moment, a distinguished academic and professional career as a woman in the sciences took off.

Frederica Darema is a Nuclear Physicist who has made important contributions in Computer and Computational Sciences. She has achieved international renown for her scientific contributions, and in particular for her computational model for supercomputing and her work in advanced modeling and big-data methods, topics on which she has given numerous keynote speeches, on all five continents. In 2004, she was elected as a Fellow of the Institute of Electrical and Electronics Engineers (IEEE), among many other awards she has received.

In addition, Dr. Darema has had an exceptional career in leadership positions, where she fostered and supported research that furthered the science and technology frontiers in many science and engineering fields, ranging from the fundamentals in mathematics and physics to space and aerospace—“from the nano-scale to the terra- and extra-terra scales,” as she has said. In 2016, Dr. Darema became the first female Director of the Air Force Office of Scientific Research (AFOSR), where she oversaw the entire basic research investment for the U.S. Air Force through research conducted in over 200 academic institutions worldwide. This was the culmination of her 10-year Senior Executive Service as Director at AFOSR. Before that, she was Senior Advisor at the U.S. National Science Foundation for 15 years; prior to that, she was a Research Staff Member and Manager at the renowned IBM Thomas J. Watson Research Center for 13 years, and a Technical Staff Member at the IBM Corporate Technical Strategy group.

Dr. Darema’s scientific and professional journey was significantly enhanced by her participation in the Fulbright Foreign Student Program, under which she started her post-graduate studies in the U.S. in 1970. She obtained her M.S. Degree in 1972 from the Illinois Institute of Technology, with a specialty in Theoretical Nuclear Physics and based on work she conducted at the U.S. Argonne National Laboratory. In 1976, she earned her Ph.D. in Theoretical Nuclear Physics from the University of California at Davis, where she was a Fulbright Scholar and a UC Davis Distinguished Scholar.  Subsequently, Dr. Darema was a Post-Doctoral Fellow at the University of Pittsburgh and a Research Associate at Brookhaven National Laboratory.

Dr. Darema considers her Fulbright experience and the opportunities the Fulbright Program created for her as profoundly important and seminal, not only for her post-graduate education, but also for her subsequent career.  She has stated that coming to the U.S. as a Fulbright Student opened the door to experiences at the “U.S. Research Meccas” and connected her to “renowned scientists from all over the world.” She credits her scientific and career paths to the “opportunities that Fulbright created.”  She has expressed her immense gratitude for this by being a lifetime member of the Fulbright Association National Capital Area Chapter, and by donating to the Fulbright Program.