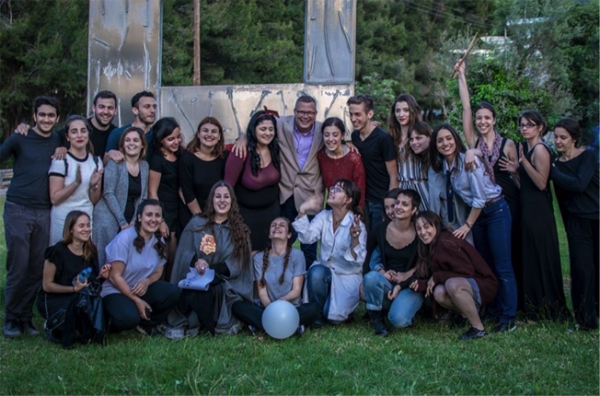 Rob looks back at his Fulbright experience in Greece, his time spent at the University of Patras and other important collaborations that he forged and outcomes of his grant in 2016-2017.

"While in Greece I completed several projects. The first is a book combining psychology and acting about the self-imposed roadblocks actors put on their own work. This was completed at the University of Patras and their extensive theatre library. My next project was the new musical for young adults called Mount Olympus Junior High. This comedic musical about tolerance and acceptance focuses on the news that the school-- home to adolescent versions of Greek gods and goddesses-- will now become integrated by allowing half-mortals/half gods to attend. The musical follows the adventures of Demi (daughter of Zeus and a mortal woman) as she teaches the gods and goddesses about humility, patience and much more. This musical will have its professional premiere at Summer Circle Theatre in the United States in June (see announcement here).

Both projects when published will mention the development at University of Patras and the Fulbright for allowing me the chance to develop them both.

I gave a guest lecture on playwriting for the Harvard Center for Hellenic Studies in Nafplio. I taught master acting classes for the University of the Peloponnese-- these events were arranged by Fulbright. I served on the Fulbright selection committee for Greek artists to study in the United States. At Patras, I taught the two acting classes to eager and amazing Greek students and lectured on musical theatre and Tennessee Williams.

Finally I completed the work on the devised theatrical performance project and collaborated with nearly thirty students and five faculty members over three months. The new theatre piece called a "A Private Response to Public Art" took place on the University of Patras on Thursday Aril 21st at 6:00 PM. The show was a devised and site specific piece. The performance examined the various types of public art on display around the campus including donated and university approved work, the various graffiti on display, and the unique elements of the surroundings that could be categorized as public art. The show took place over nearly the entire sprawling campus where audience will be given maps to explore the various acts or "instillations" around campus culminating in a final performance celebrating the public art of the campus. (I attached some pictures from the performance.)

I would like to thank Fulbright Greece for allowing me to experience this amazing country and its theatrical history and to learn more about the educational system through visits to local drama and dance schools and the National Theatre. If I can ever be of any assistance in any way, please do not hesitate to contact me. This has been an invaluable experience.

I am so sad to leave this amazing country but look forward to hosting some colleagues from Patras at my school next year.

My most sincere thanks, Rob"