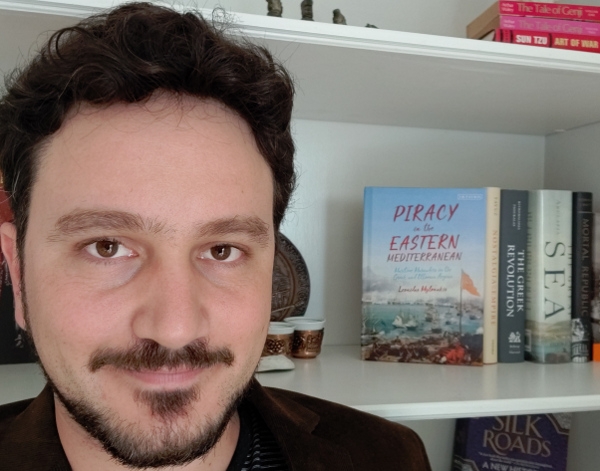 The Fulbright experience is perhaps best described by the support and friendship of everyone involved. The year 2015 in Greece was a time of great crisis and great hope. Every day brought the potential strangle of capital controls, which eventually came to fruition, or a threatened radical political break from the Eurozone and potentially the EU, which did not occur. During those times of extreme uncertainty, the Fulbright staff offered what stability they could all while creating programs for the grantees to learn more about and engage with the arts, sciences, and general population of our host country. Among the best times were when I went on short trips to see seasonal festivities, such as the apokries/carnival in Xanthi, a northeastern town with a large Greco-Turkish population, or to Crete for Easter festivities. I also have fond memories of visiting another grantee in Exarcheia and hanging out with refugees who were trying to make their lives in Athens.

For my research project, I networked with Greek and visiting scholars and delved into the stacks at the National Hellenic Research Foundation, the Gennadius Library, the General State Archives, the Archives of the Ministry of Foreign Affairs, and regional archives in Rhodes and Crete. The documents I gathered during my Fulbright year in Greece and shorter research trips to Turkey led to the completion of my dissertation and eventually my book on Piracy in the Eastern Mediterranean. By using a breadth of Greek, Ottoman, and other sources, I was able to show that piracy continued in the region well beyond its supposed end date in the early nineteenth century and how pirates fit into Greek and Ottoman nation-building projects. Such research was not feasible without a transnational perspective; one encouraged by Fulbright’s very mission of international outreach and cooperation.

Rather than continue working as an adjunct professor or going down the overcrowded path of seeking a tenure track position in academia, I instead focused my efforts on pursuing work in the private and public sectors. The projects Fulbrighters come up with show their ability to conceptualize, contextualize, and complete novel initiatives. With this framework guiding my resume, I landed interviews for positions in project management, research communication, and auditing, before being able to select from two analytics job offers in the public sector. Having a well-rounded education and specialization has opened up a diverse array of exciting opportunities that are often overlooked by those who hold a PhD.

Piracy in the Eastern Mediterranean