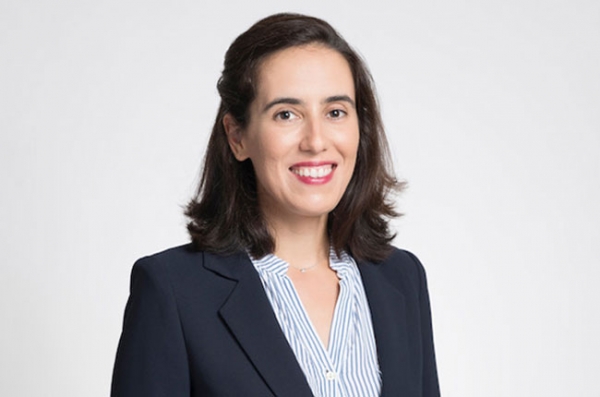 Dr. Matilda (Matthildi) Chatzipanagiotou (Fulbright Student, 2008–2009) is a human rights and constitutional law expert driven by the will to effectuate positive, sustainable change in the lives of individuals and the direction of communities. She has a solid background in leadership roles in education, including upper level managerial responsibilities, business law instruction, research within interdisciplinary groups in Germany, the U.S., and E.U. Action Grant multinational projects. She has designed innovative human rights programming in the context of higher and secondary education co- and extra-curricular learning.

As a Fulbrighter in the United States, Dr. Chatzipanagiotou studied at New York University, School of Law and focused on U.S. Constitutional Law, International Human Rights and interdisciplinary research as part of courses and seminars on the separation of powers, gender issues in Islamic law, law and literature and children’s rights. In February 2009, she participated in the Fulbright Enrichment Seminar, Social Entrepreneurship in Nashville, TN.  The following month, she was invited to speak about her Fulbright experience at an event marking the Fulbright Greece 60th Anniversary at the Woodrow Wilson International Center for Scholars in Washington D.C. In May 2009, she served as the LL.M. Class of 2009 Convocation Speaker, representing her class at the Convocation Ceremony in Madison Square Garden. The experience of exchange with fellow Fulbrighters was eye-opening: it spurred a commitment to mutual understanding and respect, open dialogue, and connecting the dots between and within organizations and networks. The Fulbright experience inspired her to value openness and energetic response within team work, creativity in scientific work and program building, effective communication and delegation within multicultural groups and collaboration with people who can adeptly transform challenges into opportunities.

Following her Ptychion (bachelor’s degree) in Law at the National and Kapodistrian University of Athens Law School in Greece, Matilda obtained her LL.M. from NYU in New York and her Ph.D. from Humboldt University in Berlin. Her passion to serve within education led her to pursue a career at the American College of Greece in Athens both in administration, having served also as the Dean of Students, and as a member of the faculty. She was responsible for ACG’s outbound study abroad program, and achieved a record increase in outbound study-abroad students to the US and globally.

In August 2019, Dr. Chatzipanagiotou was appointed legal advisor to the Greek government, specifically the Office of the Minister of the State, Georgios Gerapetritis, where she serves to date. In this capacity, she is responsible for disability policy-making. In September 2019, she was appointed head of the Greek delegation to the 22nd Session of the United Nations’ Committee on the Rights of Persons with Disabilities in Geneva. In October 2019, she coordinated a working group involving over 100 representatives, both career civil servants and advisors to the political leadership, from all Ministries, towards developing, for the first time in the country’s history, a National Action Plan for the Rights of Persons with Disabilities. The National Action Plan, the outcome of intense public consultation, was submitted to the Greek Parliament in November 2020 and was officially launched in December 2020.