The Cave, Greek stage director Elli Papakonstantinou's latest performance produced by ODC Ensemble, first premiered in Athens in early 2018. The Cave is a digital re-calibration of the symbolic potency of Plato’s Cave allegory which aims squarely at fake news, social networks, virtual reality, allowing audiences to reflect on the walls and shadows around us. It is a mash up cyberpunk opera where music, cinema, digital and visual technology collide; a living experience where everything is created in real time.

In December 2018, The Cave was selected as one of ten international winners of the Music Theatre Now awards for first productions of new works. Presentations of the selected works in short lectures will take place at the international convention of Music Theater NOW at the Operadagen festival in Rotterdam, in May 2019.

The Cave is supported by The Greek Ministry of Culture, the European Union (Creative Lenses), the Danish Arts Council. 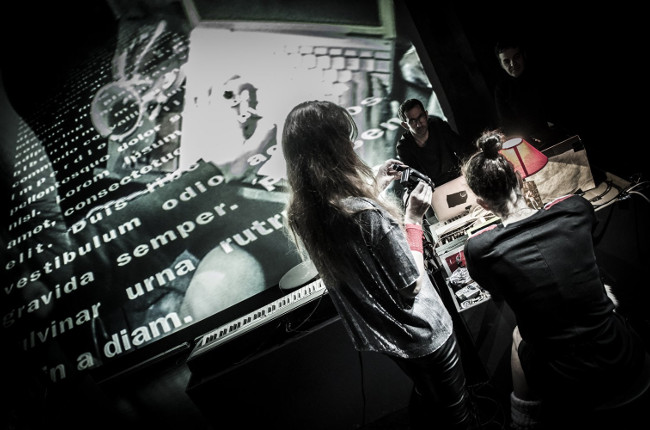