Tomorrow it will be a month since we left Washington and we said our goodbyes. We wanted to come back to our families and friends but we also wanted our American Dream to go on for a little longer. Thinking back now and having taken the time to reflect and fossilize what we have experienced, I must admit that it was a unique opportunity for all of us. We learnt things, saw new places,  met new people, had the chance to develop professionally....and so much more...!

Most importantly, we had the chance to meet each other and to interact with each other. It is unbelievable that from such a short stay in the US, a bunch of people formed deep friendship bonds that in most cases will last for a lifetime. I feel the need to thank all my friends who showed their interest and compassion to the tragedy that we were so unlucky to experience here in Greece.

I will always remember that there were 19 of us from 18 different countries...such different cultural backgrounds, different lifestyles, differences of all kinds...! However, these differences and our respect for each other’s individuality made our group jam so well..! 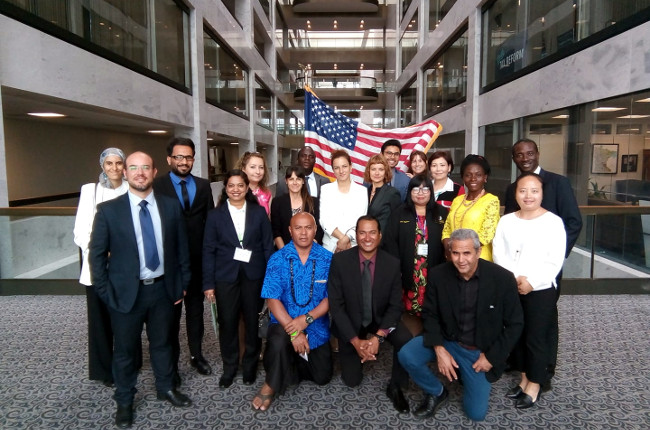 Early in the morning, we said goodbye to the capital of Montana, Helena, and made our way to the town of Butte. We were taken on a tour of the Mai Wah Museum, where artifacts belonging to Chinese migrant families to Butte are on display. The love and effort the Mai Wah society have put into caring for these artifacts and the historic building are commendable.

We got to learn more about migration around Butte Hill, once considered ‘the richest hill on earth’, due to its huge copper deposits. People from literally every corner of the Earth gathered in Butte at the end of the 19th century in order to take part in mining operations, often risking their lives to make a better future for their families. We were shown the old neighborhoods, formerly populated by specific ethnic minorities and we discussed the evolution of the city mapping and population today.

After lunch, we witnessed the effects of overmining of the ‘richest hill on earth’. We visited the infamous Berkeley Pit, which serves as a sad reminder of former environmental policies or lack of, alerting us to our duty as citizens of Earth to respect and protect the natural world. On our way back to Missoula, we made a quick stop at the Serbian Orthodox Church in Butte for a tour and a drink with the minister of the parish. We discussed the differences between Eastern and Western Christianity and were treated to some very strong Serbian liqueur! 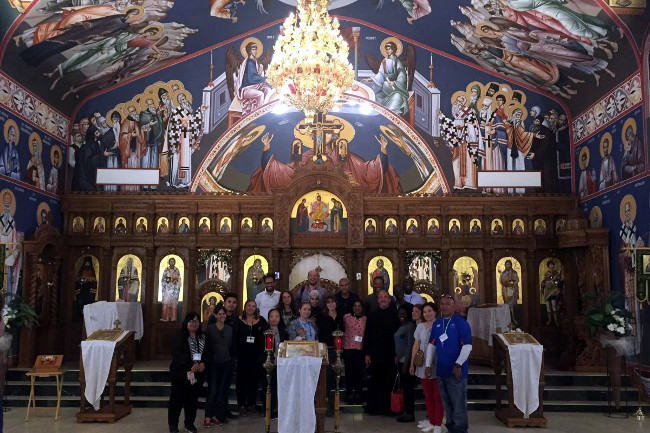