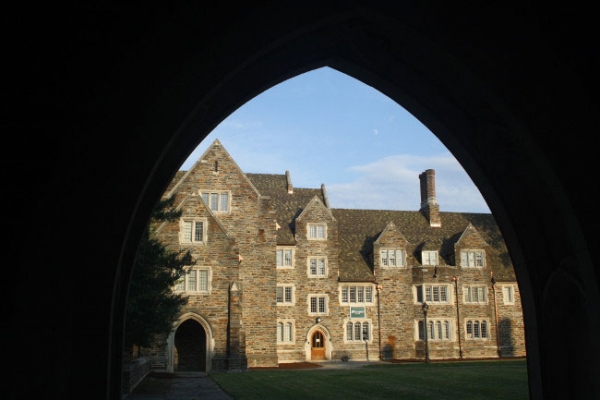 The first month was to a great extent a month of acclimatization. North Carolina is very different from Europe, especially where commuting is concerned, in that it is much more difficult for one to rely on public transportation or walking. Nevertheless, I soon started participating in the vibrant intellectual community of the Duke School of Law and taking advantage of it. I went to talks, especially on constitutional issues, which in the USA are very different from Europe and differently addressed. I appreciated American directness in general, but was somewhat frustrated by the way the understanding of constitutional issues has in contrast become convoluted, Byzantine even, and tangled because of historical happenstance. At the same time, I started mapping and working on the late 19th and early 20th century texts that I needed to study regarding the nature of the business corporation.

The above continued into the second month of my stay, when I started looking into invitations to visit other institutions for seminars and planning to travel in the U.S., especially toward the end of my stay. I had started going out occasionally and having fun with the wonderful people of Durham, NC. The pandemic however, and the concomitant lockdown dealt a huge blow to my plans, my work and my budding social life. The university and even the library closed by the end of my second month there and I had to empty my library workspace and work from home. Still, many texts were accessible online, and I continued working with those for the remainder of my stay. A lot of time was spent on COVID 19 too because of my understandable concern and interest regarding our dealings with the situation.

I continued working during the ensuing months until my departure at the end of May. Even though the library was closed, I managed to collect and investigate online close to 300 texts from the American legal periodicals of the time when the notion of a business corporation expanded and established itself as the dominant institution of our economy. An important breakthrough was the discovery of how the particular federal situation in 19th century USA underlined the legal treatment of the business corporation and was to a great degree responsible for the liberties afforded by corporations and their managers, such as the option to create and own other corporations.

Despite the difficulties, I appreciate my having lived in Durham, NC, and I was sorry to leave.