Jerolyn Morrison received her Ph.D. in Archaeology and Ancient History from the University of Leicester, UK in 2012. Her interest on ancient and byzantine ceramics and pottery along with her training as an anthropologist, archaeologist and potter, had brought her earlier on to research in Greece as a U.S. Fulbright Student in 2006-2007. During that year Jerolyn resided in Crete to study the ceramic artifacts housed at the Institute for Aegean Prehistory Study Center for East Crete (INSTAP-EC). Jerolyn spent most of that year in the area of Mochlos, at the northern coast of Crete in the Mirabella Bay. Mochlos is an excavation site under the supervision of the American School of Classical Studies at Athens and in cooperation with the Greek Archaeological Service. Over time Jerolyn perfected the art of replicating ancient pottery and has offered “Minoan Cooking” gatherings based on materials and foods that were used at the time (Jerolyn Morrison in action - photographs by Stella Johnson). 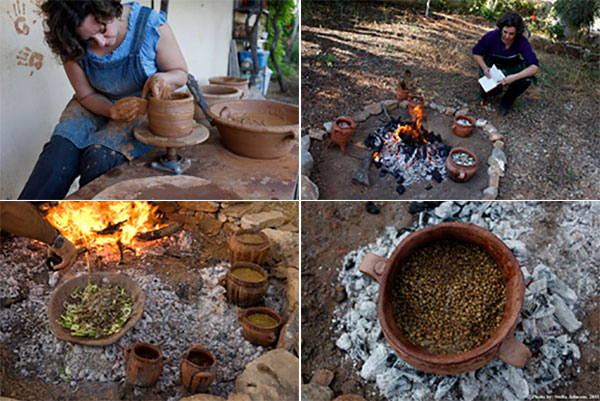