ON THE ORIGINS OF DEMOCRACY IN ANCIENT GREECE

On the Origins of Democracy in Ancient Greece is a project carried out by the students in the Senior Lyceum of Podochori, Kavala, under the tutelage of Paraskevi Feta, in an attempt to show how the knowledge and experience gained during the seminar in the US could be shared with students and colleagues back in Greece. The theme of the project was inspired by the notion of democracy; the idea was to trace, together with the students, the origins of democracy in ancient Greece. The ultimate goal was to make a short film at school in which Greek students would present in English the birth and evolution of democratic ideas to American and international high school students. Feta herself relates: ‘The idea was to create a video with my 10th Grade students on the origins of democracy in ancient Greece and send it to the schools we visited in Montana as well as to all the others scholars who attended the SUSI program, in an attempt to open an international on-line dialogue among teenagers on the nature of democracy. The project was approved in January and we began straight away. After working hard for three months, our team successfully completed the project and uploaded the video on YouTube for all to see. We have already sent the link to teachers in the US and the other 18 countries involved in the SUSI program last year and we are waiting for the dialogue to start.’

On the Origins of Democracy in Ancient Greece 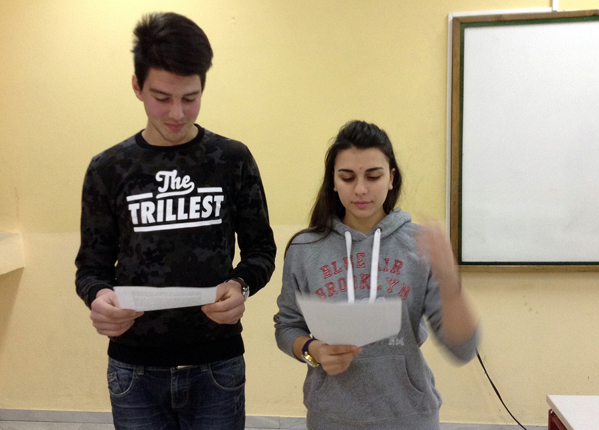