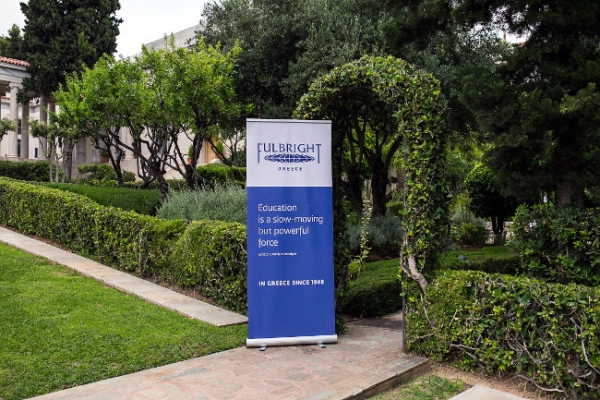 US Ambassador Pyatt and Minister Gavroglu on the Fulbright Program

On Wednesday, June 13, 2018, more than 450 guests, including alumni, donors and friends, gathered at the Gennadius Library Gardens to celebrate the Fulbright Foundation’s anniversary - 70 years of academic and cultural exchanges between Greece and the United States.

Addressing the event were U.S. Ambassador Geoffrey R. Pyatt and Minister of Education and Religious Affairs Kostas Gavroglu. The event included the screening of the film “70 Years Fulbright Greece: The Power of Education,” produced by Eirini Steriou, Filmmaker and Fulbright Alumna. 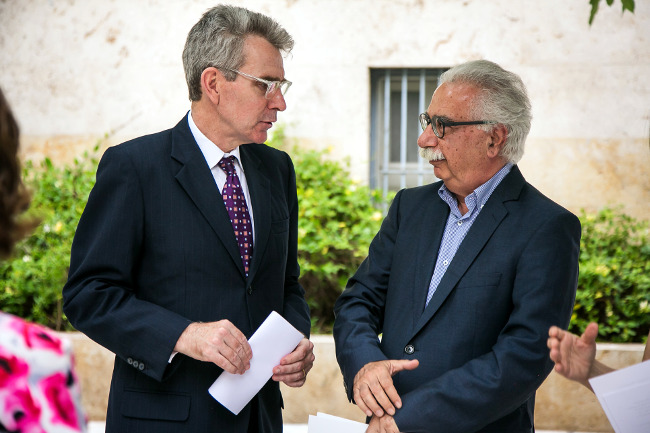 Fulbright fosters academic excellence and freedom, intellectual integrity, and cross-cultural awareness. But it is much more than an educational exchange. It is one of the cornerstones of our strategic partnerships around the world.

As partners and allies, the U.S. and Greek governments share perspectives on broad challenges; discuss interests and concerns; and promote common goals. Those mutual efforts show that the United States and Greece have a strong relationship. And while our respective government leaders get most of the credit for this accomplishment, our strong relationships at the individual level and the close, enduring ties between our citizens are also important. Nowhere are these people-to-people ties stronger than in the area of education.

Reaching out and bringing international students to the U.S. is important to the growth and diversity of our academic institutions. Studying abroad promotes mutual understanding between countries and creates life-long friendships across borders and seas. The relationships that follow connect our political, economic and cultural lives and make them more vibrant.

Different generations of U.S. and Greek alumni spoke about their experiences in the US and Greece respectively:

Alexander P. D. Mourelatos, Professor Emeritus of Philosophy and of Classics, The University of Texas at Austin
Ambassador Mara Marinakis, EU/EEAS Principal Advisor on Gender Issues and on Women, Peace and Security
Maria Gazouli, Associate Professor of Molecular Biology, Medical School, National & Kapodistrian University of Athens, and President of the Association of Fulbright Scholars in Greece

The highlight of the evening included the Awards Ceremony, where 79 scholarship grants were presented to Greek and American scholars by U.S. Ambassador Pyatt, Minister of Education Gavroglu and Executive Director Zenetou . Executive Director Zenetou acknowledged the Foundation’s donors for their invaluable support to the Fulbright Scholarship Program. 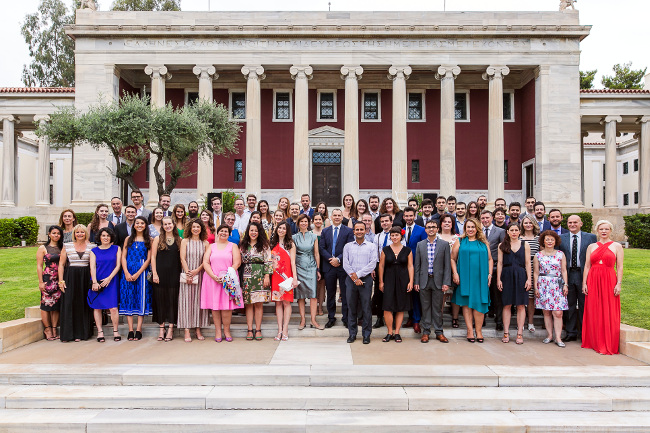 The evening concluded with a music performance at the Gennadius Library Gardens by Jazz vocalist and Fulbright alumna Terry Vakirtzoglou. Current Greek grantee Michail Tsiftis replaced last minute one of the musicians in the band.